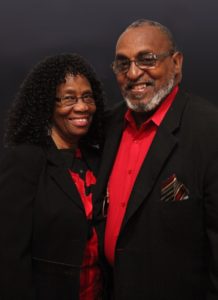 Bishop Frank J. Murphy was born in Knoxville, Tennessee on February 3, 1952.  He has been married to his loving wife, Ruth M. Murphy, for over 40 years. He is the father of four children, and grandfather of eight. He joined the United States Air Force in 1970, which allowed him to travel. His travels took him to Fairbanks, Alaska where he accepted the Lord as his personal savior, in September 1977.  In 1980, he became ordained as a minister while stationed in Cape Cod, Massachusetts.  Pastor Murphy then established the Gospel Inspirational Service on Grand Forks Air Force Base in North Dakota in 1983.  His next military assignment placed him in Stuttgart, Germany, where he Pastored the New Beginning Gospel Service until 1991.  Upon his retirement from the military, Pastor Murphy relocated to Orlando, Florida.  In 1994, Pastor Murphy became the Assistant Pastor at New Deliverance Apostolic Church where he served for over a year. In 1995, while still at New Deliverance, the Lord then led Pastor Murphy, to become a Chairman of the Board, with Living Hope International Ministries. While working with Living Hope, Pastor Murphy evangelized with various churches until 1999, when he became a member of Christ First Church of Central Florida.  In 2001, Pastor Murphy was nominated as Assistant Pastor of Koinonia Ministries of Central Florida.  In August of 2013, the “torch” was passed, making Pastor Murphy the Senior Pastor of Koinonia Ministries of Central Florida. In an effort to further his pastoral knowledge, Pastor Murphy became a part of the Renegade Pastors Network in December of 2013. 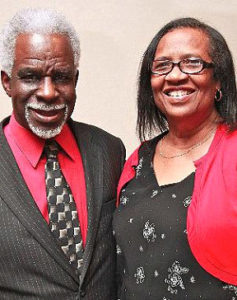 Pastor A.L. Helligar was born on the Island of St. Martin and was saved on his birthday: November 2, 1957. He was soon called to the ministry in 1959. In 1967, he graduated from Bethel Bible College in Jamaica, West Indies. A few months later, he married his lovely wife Dorothy, and the Lord led them to the Island of Nevis for almost thirteen years as the Lord blessed them, they expanded to three churches. They also did evangelistic work on other islands such as St. Lucia, St. Thomas, St. Kitts, Barbados, Tortola, and many more. Not only did the Helligars minister in the Islands, they shared the Gospel on Radio Paradise, a local radio station. Many were delivered and souls were saved through their broadcast ministry.

In January 2001, Bishop Helligar became the Senior Pastor of Koinonia Ministries of Central Florida. His desire is to build a Center with trained individuals to minister to the body, soul, and spirit of man. He is committed to preaching the unadulterated Gospel and is committed to our Lord, Jesus Christ!

Dr. Helligar is also the Founder of the Cry of His Coming Evangelistic Association, www.cryofhiscoming.org. 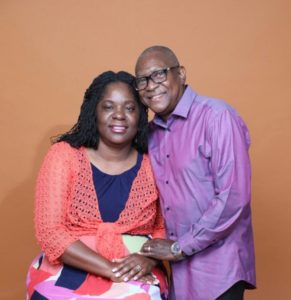 The Turnbull’s served in the British Virgin Islands from2012 to 2019 at the International Worship Centre as a full-time pastor, counselor, member of international missions’ team and health ministry. Minister Michael Turnbull served an advisor to the Men’s Ministry known as Task Force.

Pastor Stephnie Turnbull and husband Minister Michael Turnbull along with their two children, Joel and Joanna joined the ministry team at Koinonia Ministries of Central Florida in 2019.

Here at Koinonia Ministries of Central Florida Pastor Stephnie Turnbull has worked with the Women’s Ministry, Outreach Ministry, Media Ministry and currently partnered with the Youth Ministry to raise up future leaders for the local church.

Minister Michael Turnbull serve as the Men’s Ministry leader and member of the music ministry along with their children.

Pastor Stephnie Turnbull was appointed Assistant Pastor in an Official Ceremony on May 2, 2021 and continue to serve in areas of preaching and teaching.

Made with ❤ by Kingdom Church Websites